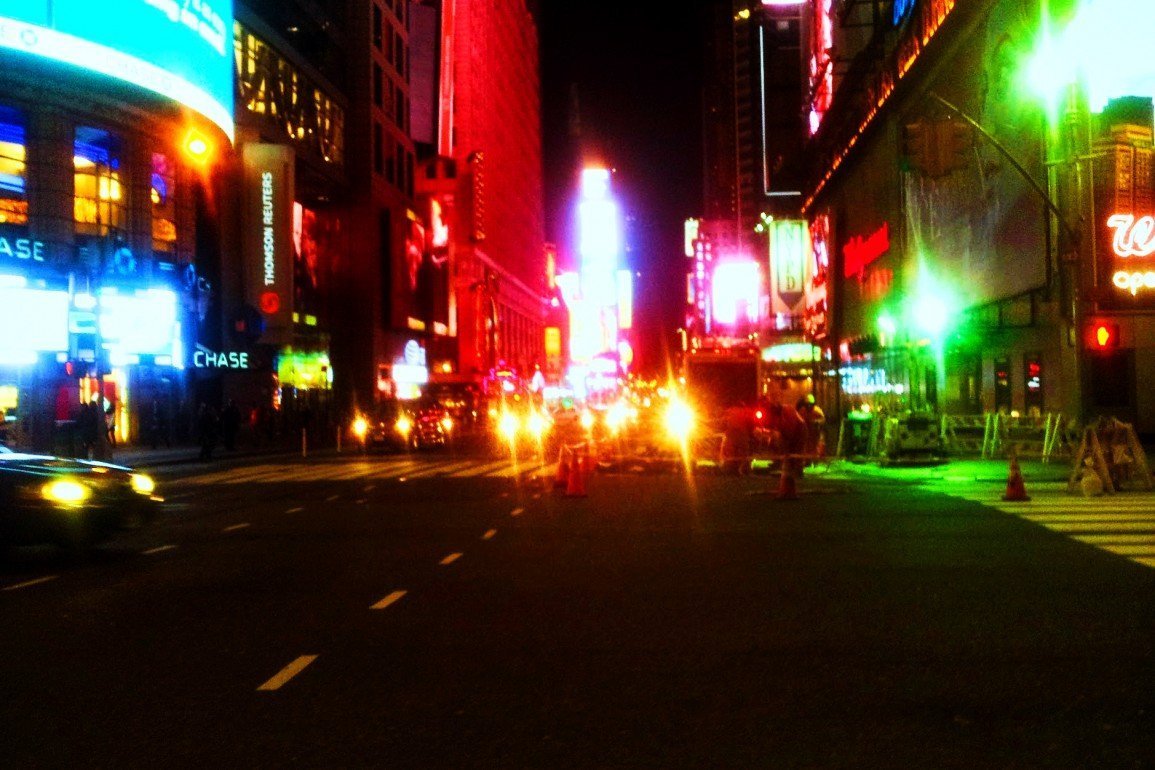 Down the Fire Escape

As a child, I lived in a vanilla-milkshake world, so contented with spoon in hand and straw to my lips, numbed by the creamy-cold goodness. Everything was so unsoiled, the tidy streets lined with tidy houses and all the tidy tots as me played in the chaste sand of colorless boxes.

All the sixteen summer, I breathed the nights, the sticky-warm nights, its darkness freeing, its hued hand-strokes that swathed the bleached lightness away, that called me a traveler who follows not the faded footprints left by day.

A friend and I would wander the streets, the fell silent streets, of hushed voices, of whispers barely above, of word dreams and wishes less. The wearied walking would settle us into a booth at the all-night diner for the penniless show, for the quarter coffee of bottomless flow.

The diner would fill with those that the narrows refused to admit. The drag queens in gowns of sequin, white gloved and heeled, so beautiful, so perfect. The waitress, whose hair was tightly wound, who wore a stain smeared apron that she tied in the back with a bow, and when she smiled her eyes would shimmer like tiny crystal balls, disappearing the bags beneath.

The diner, a refuge for the placeless, the forlorn, where the answers to questions are found only in the pages of a greasy menu, where the denizens ditched their cockcrow disguises, as they wore their colors true and showed the vanilla boy all that lies within the black-side of the mirror.

Have the years passed since those summer nights, brightly lit by all the vibrant colors that flowed from the luring miens. Have they, with purposeful resolve, trod from the shadows, pressed into the light, tinted the insipid world.