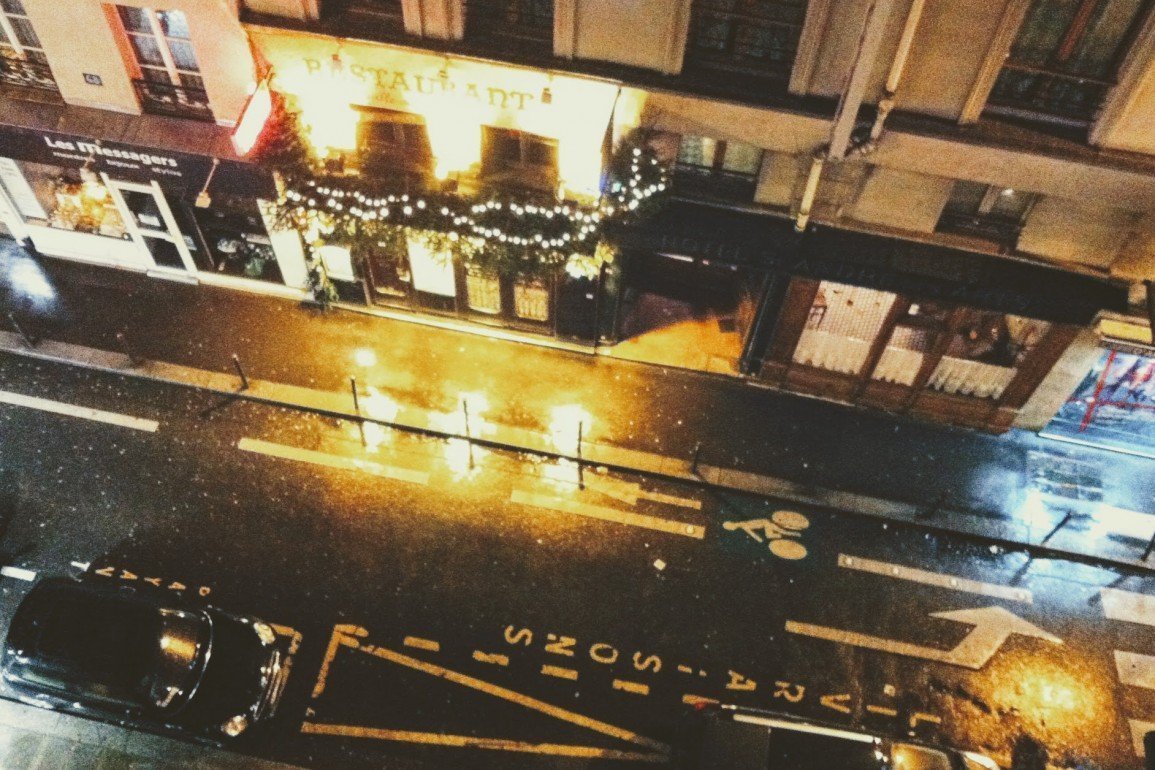 A Glass of Water

He pushed the door open and stepped inside the bar. Sunrays swept the room, revealing the ugliness night usually hid. The place was resting from people save for the bartender who was down low mopping water from the fridge. She was moving back and forth, swaying in her cowboy shirt and jeans. He walked to the bar and sat on the stool closest to the taps.

She stopped her mopping and looked up.

She stood and squeezed the old water into the sink and flicked the rag away and wiped her hands on the back of her jeans and plucked a beer glass from the rack and had it under the tap, waiting.

She rolled the glass in her hand as she spoke.

The pub was one of those places that didn’t have to try hard to be popular. Fake wisteria hung and came gurgling down the sandblasted walls.

– So what should I buy?
– Beer would generally be the thing.
– But I want water.
– How about bottled water?

He shuffled his feet on the rung of his stool.

– Funeral this morning.
– Sure you don’t want a beer?

He looked her in the eye then, searching for something and she was caught in it and it was pain and it was real and she couldn’t look away because this man knew more about it than anyone she’d ever met.

He stood and walked down some steps her eyes fixed on his back.

She finished pouring the beer and got him a glass of water as well and then continued her dance with the fridges until she realised too much time had passed.

She found him wedged in next to the toilet, palms face up and the needle resting on his lap and his eyes open. And she cried for this man who had known sadness.