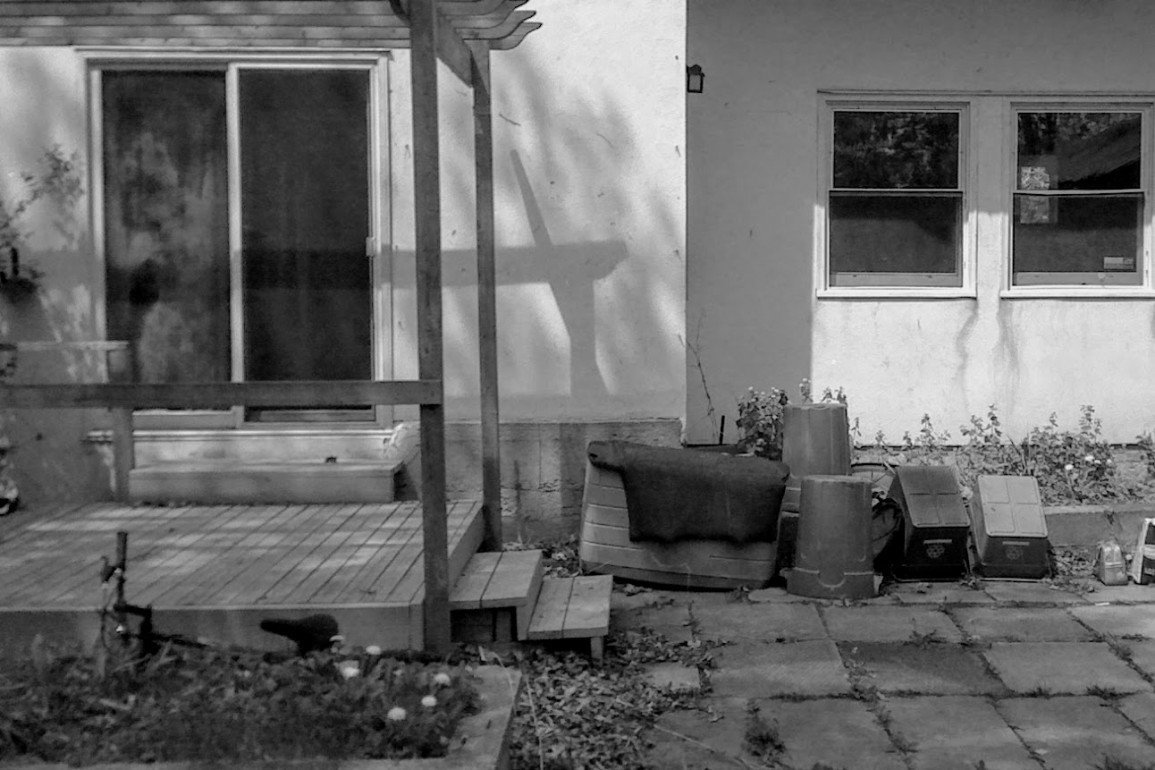 There are a lot of abandoned things on our street. The old church. The place the priests used to live. The Danish woman in the small white house. All abandoned. My favourite abandoned thing is the green car. I can see it from the loungeroom window. It’s parked across the road. It looks like a big round bug. Dad even says that people call it a buggy. None of our neighbours know who owns it though. It just sits there but no one minds because it looks cool.

Mum reckons someone’s going to set it on fire, though.

No idea why she’s always worrying. I got my eyes peeled out the lounge window all day, especially when it’s stinking hot like now and there’s nothing to do. Wish she’d trust me. Not a lot happens out there. Not a lot can happen anyway because she says No! all the time. We’re not even allowed to walk across the street without someone holding our hand. Especially since Ellie went chasing a tennis ball one time and almost ended up flat-as-a-pancake under a car.

Dad was angry when he got home from work and Mum told him that Ellie ran across the street and almost got herself killed. Little sisters are so dumb sometimes.

Dad grabbed her wrist and asked if she knew what can happen to little girls when they get hit by big cars. She shook her head because she didn’t know, so Dad went and took a tomato out of the fridge, pulled her outside and put the tomato on the ground in front of the old garage.

This is what happens to little girls who get hit by big cars!

Then he lifted his foot and stomped on the tomato as hard as he could. It splattered red squirts all up the garage door and on Dad’s boot and Ellie squealed. Mum had to take her inside in case the neighbours called the police. She reckons if they hear shouting they’ll think we’re all dying. Then blue and red purple lights will be driving up our drive-way quick smart.

Not a pretty picture.

Dad told me to clean the tomato off the garage door. I did it, even though I didn’t want to. We have to be careful round that old garage. It’s so old we can’t even open it and it makes a weird noise when the wind gets going. It’s like it’s moaning in pain. Maybe Mum’s right and if I go near it, it might fall on me and I’ll die.

The house next door sometimes makes noises, too. Creaks and snaps. That’s abandoned as well. And green, like the buggy.

When I was small, there was an old lady who lived there who used to sit on the porch and she never blinked. Her eyes were red like tomatoes. Dad told me she used to be in the camps when she was a kid. I’ve been camping before with school in grade two but my eyes aren’t red.

That old lady hated the Danish woman in the small white house further up the street. The one with the nice garden and tea-pots hanging off the branches. She was a real kook. Mum said the Danish woman’s name was Alva but whenever Mum mentioned her she just called her the Dane.

Sometimes that old lady with eyes like red tomatoes would run across the street when Alva the Dane did the gardening and scream at her like a mad woman.

‘Whore!’ she would scream. I could hear it even when I wasn’t at the flywire. She would scream it over and over again with her hands all pointing at her sides until Alva the Dane decided to leave the gardening for another day and go inside.

Still don’t know what Whore! means. Mum won’t tell me. Dad says the old lady screams it because Alva has two children but no husband. Uncle Steve says it’s a Danish word and then he winks at Dad. It’s hard to know what to believe sometimes.

Then one day when Mum took me to the shops that old lady with red tomato eyes walked up the street and right into the supermarket without any clothes on. Mum put a cereal box in front of my face but I still remember her skin. She had marks all over and looked like a lunch order paper bag.

Then one day she died.

Now Uncle Steve reckons he’ll buy the green house and be a landlord. The garden’s a mess, though. Mum says she’s tempted to go over there and make it look nice again. But Dad reckons there’s dead bodies under the floorboards and Mum says that’s not even funny and he should just stop talking. Says kids get in trouble at school all the time when they say stuff their Dads have said.

I don’t like Mrs. Maloney. She’s old and we all know she smokes cigarettes because Georgia McCormack saw her at the bakery once. She always yells at Georgia and always tells us that we’re never allowed to say She and if we do she says She is the cat’s mother. No one knows what she’s on about.

She is the cat’s mother. Yeah, right.

Mrs. Maloney’s old enough for her skin to look like a paper bag as well. I can just tell but I try not to think about it. It’s funny how it hangs from her arms when she’s writing on the whiteboard.

Mrs. Maloney takes us for Library and sometimes she takes us to the church. Not the church at the end of my street, a different church further up. Dad says not all churches are the same, we can’t just go into any of them. It has to be the right one. The one Mrs. Maloney takes us to is yellow on the outside and brown on the inside. It’s one of the ones Dad says is the right one.

We’ve been going to that church ever since the whole of school ever began. It’s where we learnt all the different ways to pray and all the words of every prayer we’re ever going to need in life. Prayers for happy things, prayers for sick people, prayers for Nicholas Johnson’s new baby brother. Every prayer you can think of. Sometimes you have to sit down to pray and sometimes you have to stand. That’s mostly for the singing parts. Then, sometimes, we even have to get down on our knees. Under the seats in church, there are long pieces of wood that we push down with a loud bang so we can kneel on them and they leave red circles on our knees after we get up. We all reckon it hurts, but Mrs. Maloney says we’re not allowed to say so. Says that when we think it hurts to be on our knees to pray, we have to think of how much it must’ve hurt for Jesus to be up there on that cross with big nails through his hands and his feet and if he can do that then we can get onto the wood with our knees and thank him for it, no complaining. Now every time I kneel down for anything, even just to tie my shoes, I think of Jesus up there on the cross. Blood all over his hands on a sunny day. It makes me sad thinking about it, but at least he was right as rain after a few days.

The old church at the end of our street is different from the one Mrs. Maloney takes us to. It’s abandoned. It’s one place we are not allowed to go ever in our lives. It’s the biggest of all the abandoned things on our street. Reckon Mum’d kill me if I went in. Even the Bloody Council doesn’t want us in there. I don’t know who the Bloody Council is, but that’s what Dad and Uncle Steve say whenever something happens in town.

They put a fence around the old church. Makes me think it wasn’t abandoned but that people were forced to let it go. All the grass is overgrown and there’s a house locked inside the fence as well. But it’s not a house, apparently. Mum says it’s called a presbytery, but I don’t really see much difference. Honest to God it looks just like a house. Dad says it’s where the priests used to live. All the windows are broken now and there are cans all over the front porch. Some scumbags painted words all over it as well. That’s another one of Dad’s words.

The supermarket where that old lady did her shopping in the nude is right across the road from the presbytery. Mum hopes they knock it down since there aren’t any priests living there anymore. Plus, Dad reckons people sleep in there. People who don’t have anywhere else to go.

At school, Mrs. Maloney says that God lives in the church. Not just one church, but every church in the whole world. Every single one. That’s what that red candle at the front is for. Says God’s home. But maybe it went out in the abandoned church. Maybe all the priests left their presbytery and went into the church one day and there was no red light anymore. Then they just had to pack up and leave. Who knows.

Dad says you got to always keep an eye on things and an ear out for other things. I get a pretty good look through the flywire in the lounge and I can hear just about everything. But it’s a tough job keeping track of all the abandoned things on the street.

I learnt that word when Dad and Ellie and I had to run back home from the supermarket because a dog was chasing us. It was barking so loud it sounded almost as angry as Dad does when Mum wakes him up in the middle of the night. Dad gave it a good kick and pushed us through the doorway and accidently threw the groceries on top of us. Mum had to shampoo the egg shells out of Ellie’s hair.

That old dog hung around the street for a few days barking at everyone walking by. I kept an ear out when it barked and got a good look at it through the flywire.

It was grey and brown and black and white. I reckon it slept up in that old presbytery. Maybe it even got his way into the church. Maybe it even met God.

Then someone ran over that abandoned dog by accident. It happened when I was keeping an eye on it through the flywire. It was one of those stinking hot days. It got whacked hard in the back legs but it didn’t splatter like the red tomato. It went all bent and crooked like the old garage.

The car didn’t stop. Dad ran out onto the road and called the driver something nasty as they drove away even though he didn’t like that dog. He’d even called the Bloody Council to come and get rid of it. It dragged itself across the road and under the green buggy. Dad tried to help it but every time he got even a tiny bit close it barked at him just like before. Except this time it couldn’t chase him because the bottom of its back was flat-as-a-pancake.

It took two hours for it to die.

That was a whole year ago.