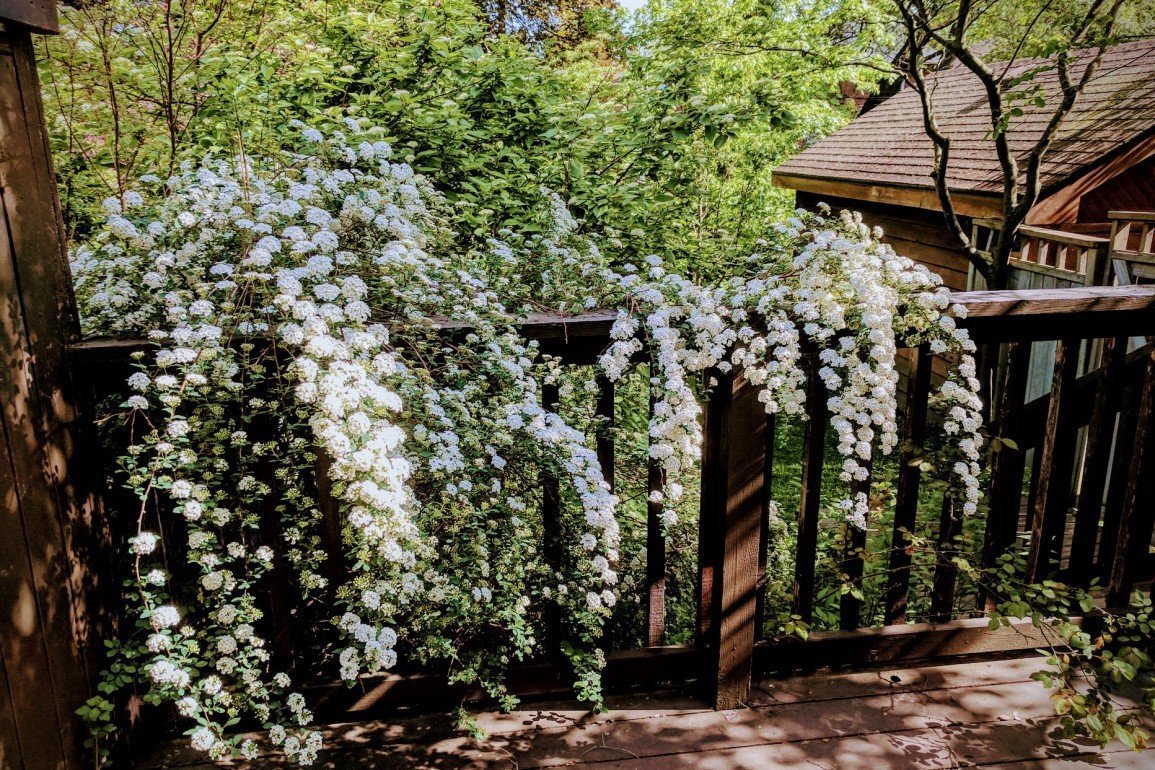 Editor’s background note for the uninitiated: Wikipedia tells us that “ornamental hermits were hermits encouraged to live in purpose built hermitages, follies, grottoes, or rockeries on the estates of wealthy land-owners, primarily during the 18th century. Such hermits would be encouraged to dress like druids and remain permanently on-site, where they could be fed, cared-for and consulted for advice or viewed for entertainment.”

To: The Ornamental Hermit

I hope this email finds you well. Diane and I are very much enjoying Tahiti—there is a pool directly outside the front door of our cabin while the beautiful sliding doors at the back open onto a flat wooden deck suspended over pale blue crystalline water warm as syrup and deep enough to dive into.

Your emotional state, I must admit, is less of a hope and more the reason I’m writing to you, sitting on that same flat deck, the waves lapping gently below me while Diane (who has agreed to wear high-heels with her bikini, at least around the cabin) suns herself in front of me, on her stomach, feet in the air behind her, ankles crossed. She is still so very lovely. And the high-heels? I don’t need to explain their effect, do I?

And that’s the problem. There was a time, back when we hired you, when you first moved into the grotto and the moss coloring the stones of your hut was still that fake, painted-on stuff, back then I would most certainly have had to explain the effect of a high-heel shoe not just on the leg of a beautiful woman but on the heart, mind, and baser instincts of the modern man. But it seems now that you understand perfectly what I mean.

Well maybe not a high-heel, specifically, but, you know, about the sexual, romantic power of the fairer sex.

What I’m trying to say is that Blake and Margaret emailed to tell us they caught you humping their housekeeper, Ariel.

It isn’t the humping, per se, that rankles, Elliott. It’s true that I, for one, don’t feel a spiritual aesthete should go around banging the neighbors’ help, but what Diane and I are most upset with is the timing. My Facebook feed has been filled with links to articles about immigration crackdowns, charts and infographics of political corruption, and opinion pieces on “white privilege.” There is, in other words, a lot going on in the world that requires some deep, spiritual, philosophical contemplation. But you’ve been too busy bending Ariel over the Duxbury’s outdoor traditional brick wood-fired pizza oven to contemplate anything.

And she’s not even a Mexican! If she were, I could smooth things over with Diane by saying it was an act of revolt against the current administration. But her last name is McIntyre. If this was 19th century maybe I could sell railing an Irish girl as a revolutionary act, but not in the 21st.

There is no political, spiritual, or philosophical meaning that I can attach to your, according to Blake’s detailed description, athletic lovemaking.

I mean, high-fives and all that, Ariel is hot, the red curls, those very tight short shorts, but, Elliott, you are paid to contemplate the bigger picture, to suffer the sufferings and ruminate the ruminations that me and Diane don’t have the time to suffer and/or ruminate. Worse still is that Margaret says when she confronted you about it, you told her, and I quote, “We’re in love.” You couldn’t even give a thoughtful, considered response? Come on, man, you’re killing me with this bush league stuff.

When we hired you four years ago, things were a lot different, I know—easier for you, for all of us. I mean, sure, the Boston Marathon Bombing was terrible and I’ll be forever grateful for the tears you shed on mine and Diane’s behalves that day, not to mention the Tweets and Facebook status you crafted to express our sincerest condolences and support without once using the term “radical Islamic terrorism.” You’ve helped us through so much—the Ebola outbreak, the Nigerian schoolgirl abductions, school shootings, police brutality, that Charlie Hebdo thing. Your careful, almost poetic responses made me and Diane look like goddamned Liberal superstars. Or Progressive. Progressive Liberal. Whatever. See, this is the stuff you should be doing, Elliott—keeping track of whether we’re supposed to be Liberals or Progressives or Progressive Liberals or Liberal Progressives. Instead, you’re doing Ariel.

Because you’re, again I quote-unquote, “in love”?

Ok, yes, love is love is love is love. Diane has the tee-shirt, we know about love being love. But that’s for the gays and I’m pretty sure, based on how great she looks in yoga pants, Ariel is a lady. There are far more important things than your love going on in the world, Elliott. So many things, terrible, awful, horrifying things. That’s why Diane and I took this trip—we couldn’t handle the nonstop deluge of bad news. Diane has been getting massages and facials pretty much non-stop just trying to relax. And now we find out that you’re not contemplating and empathizing and crafting responses both logical and emotionally powerful because you’re “in love?”

What is that going to do for us, Elliott?

And please understand that I mean both “us” as in me and Diane and in the wider, universal sense. Look, I can remember how it felt, that first rush of being in love. Diane and I met in a semiotics course in college and, damn it, I remember how thrilling it was just to listen to her talk about synecdoche and metonymy. It felt like we could actually change the world, you know? Like together we could lean on the fulcrum of the world and shift it, even just an inch, less than that, an infinitesimal degree of change that would, nonetheless, alter, if not the entire human race, at least the portion in our orbit. The electric feeling of not the similarities but the differences in your minds, your hearts, how they really were like puzzle pieces, the same picture on their surfaces, but strange, swirling, looping edges that just happened to lock seamlessly. I know the seductive sense that if we all could just do that with everyone, find those places where our edges fit into the edges of everyone else, how the picture on our surfaces may look radically different when that’s all we see, but where those edges, those beautiful, ruined, wrecked edges are actually the places where the picture comes clearest, how if we could all just do that, starting with the one person with whom we most easily fit, well then, wouldn’t it all just fall into place?

But then you start losing your hair and she can’t seem to lose the baby weight and suddenly the edges chafe, become looser from the friction, and you find yourself on a wooden deck out over the ocean alone, writing an email while your wife, who you once loved like it could change the fucking world, is choosing which heated rocks to have pressed into her back today and you can’t help but, maybe, be a little jealous of the ornamental hermit you hired to feel all those things you can’t feel anymore.

You can leave the keys to the hut with the Duxbury’s.