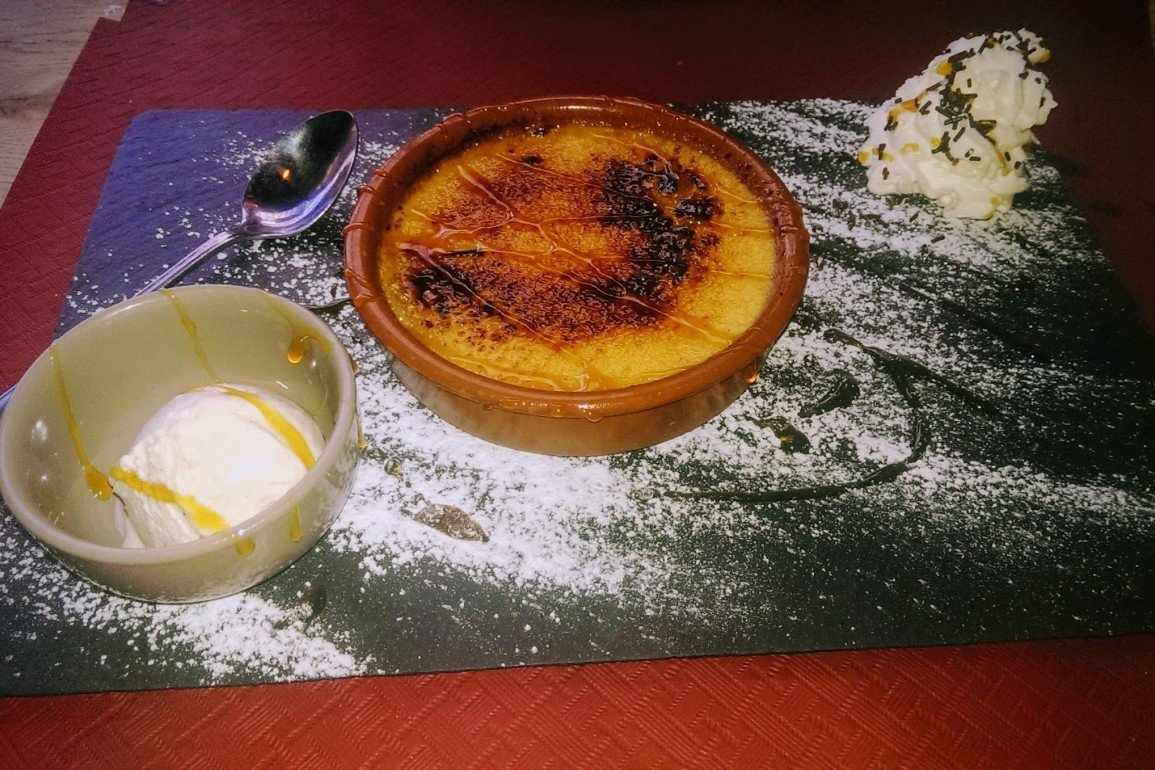 I had no business being there. I was not used to an artistic crowd. But I’d been invited. On account of the invitation an elevator hidden within me rose a few floors. Who knew from hidden elevators? I decided to go with the mystery of life, cautious steps had gotten me nowhere.

Not that I had a destination in mind. Sensations yes, and if the sensations lined up with a destination, well okay. And it wasn’t as if the sensations I had in mind were in any way clear; certainly not clear enough that I could outfit myself accordingly, in order to accommodate them successfully, whatever they turned out to be or feel like.

There I was seated at a long table with the other guests Frank had invited. They appeared fascinating in the way only fascinating people can.

I had this strange thought that maybe I was there to be sacrificed, and if the fascinating people were to do it without hurting me too much, well I might very well go along with it. The thing about being sacrificed is that it’s not a lot of work, and requires no social skills to speak of. You offer yourself up, they take it from there. Another consideration was this: if I was to be devoured or done away with, I wouldn’t want it done by dullards, and this crowd was anything but.

Frank asked me if I knew his wife’s name. Not only did I not know it, I didn’t know which of the women she was. “I don’t,” I said.

“It’s a good thing I know it,” Frank said, laughing. I felt ashamed. I looked around the room at all the women hoping irrationally that one would raise her hand.

“Her name is Cynthia,” he said eventually.

“A delightful name,” I said.

“Just because she’s sitting next to you doesn’t mean you can get fresh,” Frank said, laughing again.

“You can if you like,” the woman sitting next to me said, and the guests smiled like they knew something I didn’t.

“He’s a writer,” Frank said to his wife, as if she should be aware of that now that she’d said it was alright for me to get fresh.

Was I really a writer? I worked at Starbucks so I was more barista than writer, but the funny thing is, those two words sound alike–barista, writer, writer, barista. Poets might cite this is an example of assonance, which poets enjoy. Maybe I was part poet. I’d like to be part poet, because that might make me fascinating. Perhaps I was the first ever barista to be invited to Frank’s house, and because of the arty, fascinating crowd he had assembled, he was looking to cover for me. That was generous and therefore I started to love him.

Just as I was loving Frank, Cynthia moved her chair closer to mine. I worried that Frank and the guests may have noticed. Being artists perhaps this was not the sort of thing they gave their attention to, lost as they might be in thoughts about shapes and forms, colors and materials.

I was acutely aware of Cynthia’s shape and form because I could feel her legs and thighs against mine.

From my waist down to my feet, my body tingled and heated up like I was in a sauna. The sensations were deeply pleasurable and a little frightening.

I wanted to look down and see if it was really happening the way it felt like it was. I didn’t for two reasons. First, it would be the height of bad manners to be studying the lap and legs of the host’s wife, and second, Cynthia might feel insulted that I had to visually verify the source of the sensations she was gifting me.

Loving her husband and feeling the way I did about her ‘gifting’ posed a moral dilemma, so I made a deliberate effort to separate our legs. Cynthia made no corresponding effort, which is why there is no other way to say this: the sensations kept coming.

I burrowed into my own head to distract myself from the furnace down below. I thought more about Frank’s description of me as a writer. It was true, I did own a box of index cards on which I had written a few sentences, sometimes a whole paragraph. I’d been looking to cobble a piece of writing together, perhaps a prose poem I could read by candlelight to a certain someone when I found her. Once the poem was completed, I might hint at its existence on Internet dating sites. In my head I was going back and forth as to whether I should go with scented or un-scented candles.

That’s when Cynthia tapped me on the shoulder. “Help me collect the dishes,” she said.

I sprang to my feet. Carefully I gathered up some plates. It was as if an episode of Downton Abbey had taken over. In the take-over, I’d become a servant and so had Cynthia, only she was the head servant, the boss of us all.

“Follow me,” she said, just the sort of instruction I craved.

I followed her down a long hall that led away from the dining room toward the kitchen.

The kitchen was tiny, a surprise given the otherwise stately dimensions of the house. However, the small size of the kitchen brought us together in a whole different way. There was no bumping of legs like at the dinner table, no body contact at all, but inside I was vibrating.

She placed her pile of dishes in the sink, then glanced back at me as if to say, now you do the same. I put my pile in the sink slowly and with great concentration, fearing any damage that might come to them through inadvertence. She pulled a chair out from the kitchen table and placed it beside the dishwasher. She must have had it on during dinner because when she opened it warm steam filled the room. Suddenly the kitchen felt like a hut in the tropics, far away from everything.

I was new to the kitchen, to the house, and of course, new to Cynthia. As the steam evaporated I wondered what she was thinking. I took the liberty of getting a chair of my own and sat across from her.

She reached into the dishwasher and handed me a desert bowl, then a coffee cup, then a plate. I thought of the lengths people go to in search of happiness. I thought of the lengths I had gone to. And there it was, happiness in the form of bowls, cups, and plates passed from her hand to mine. I placed each item on the table as if they were artifacts of immeasurable worth.

Cynthia looked at me for a long time. That had never happened. The look I was used to from women was the look of an afterthought, a small further investigation leading to no firm decision. With the dishes done, she leaned back in her chair.

“What’s your kissing style?” she said.

I panicked. I didn’t know there were kissing styles.

“Oh don’t worry,” she said, “it’s alright if you don’t have an answer. I knew a man once with such an exquisite mouth, a mouth you’d want to paint, if painting is what you did. Anyway that man and I kissed. We were in each other’s mouths. You understand?”

“It was as though locks were placed by a demon in that mouth of his. Everywhere my tongue travelled there was a wall, in a man’s mouth of all places. It’s not where you expect to find such an obstruction. I don’t think he knew. People don’t know those things and other people don’t tell them. You don’t kiss like that, do you?”

She stood up, came over, cupped my face in the warmth of her hands.

“Do we leave the dishes on the table?” I asked.

“Ah yes,” she said, “the proper place for the dishes, that is quite the mystery. Perhaps you and I, untamed and crazy as we might be, should just let it remain unsolved.”

Then we were in each other’s mouths. It went on for a long time and was intensely pleasurable, but something about it didn’t seem right. When it was over I had to ask her: “Will I be sacrificed?”

After all, it had been a wonderful evening.